What Is Photosynthesis? Why Is it Important? 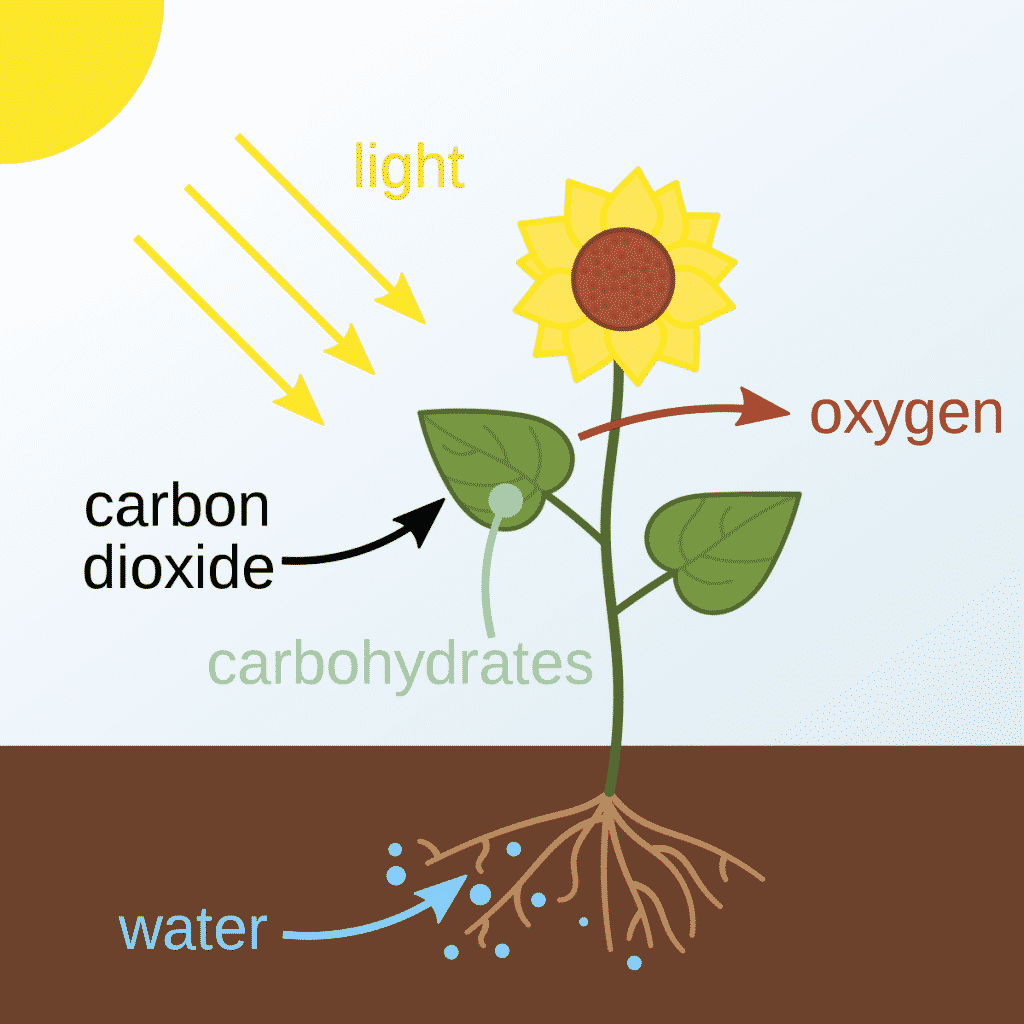 Most living things depend on photosynthetic cells to manufacture the complex organic molecules they require as a source of energy. Photosynthetic cells are quite diverse and include cells found in green plants, phytoplankton, and cyanobacteria. During the process of photosynthesis, cells use carbon dioxide and energy from the Sun to make sugar molecules and oxygen. These sugar molecules are the basis for more complex molecules made by the photosynthetic cell, such as glucose. Then, via respiration processes, cells use oxygen and glucose to synthesize energy-rich carrier molecules, such as ATP, and carbon dioxide is produced as a waste product. Therefore, the synthesis of glucose and its breakdown by cells are opposing processes. 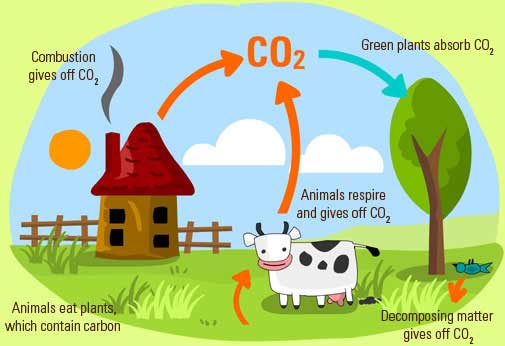 The building and breaking of carbon-based material — from carbon dioxide to complex organic molecules (photosynthesis) then back to carbon dioxide (respiration) — is part of what is commonly called the global carbon cycle. Indeed, the fossil fuels we use to power our world today are the ancient remains of once-living organisms, and they provide a dramatic example of this cycle at work. The carbon cycle would not be possible without photosynthesis, because this process accounts for the “building” portion of the cycle (Figure 2).However, photosynthesis doesn’t just drive the carbon cycle — it also creates the oxygen necessary for respiring organisms. Interestingly, although green plants contribute much of the oxygen in the air we breathe, phytoplankton and cyanobacteria in the world’s oceans are thought to produce between one-third and one-half of atmospheric oxygen on Earth.

What Cells and Organelles Are Involved in Photosynthesis? Figure 3: Structure of a chloroplast
© 2010 Nature Education All rights reserved.

Photosynthetic cells contain special pigments that absorb light energy. Different pigments respond to different wavelengths of visible light.Chlorophyll, the primary pigment used in photosynthesis, reflects green light and absorbs red and blue light most strongly. In plants, photosynthesis takes place in chloroplasts, which contain the chlorophyll. Chloroplasts are surrounded by a double membrane and contain a third inner membrane, called the thylakoid membrane, that forms long folds within the organelle. In electron micrographs, thylakoid membranes look like stacks of coins, although the compartments they form are connected like a maze of chambers. The green pigment chlorophyll is located within the thylakoid membrane, and the space between the thylakoid and the chloroplast membranes is called the stroma (Figure 3, Figure 4).Chlorophyll A is the major pigment used in photosynthesis, but there are several types of chlorophyll and numerous other pigments that respond to light, including red, brown, and blue pigments. These other pigments may help channel light energy to chlorophyll A or protect the cell from photo-damage. For example, the photosynthetic protists called dinoflagellates, which are responsible for the “red tides” that often prompt warnings against eating shellfish, contain a variety of light-sensitive pigments, including both chlorophyll and the red pigments responsible for their dramatic coloration. Figure 4: Diagram of a chloroplast inside a cell, showing thylakoid stacks
Shown here is a chloroplast inside a cell, with the outer membrane (OE) and inner membrane (IE) labeled. Other features of the cell include the nucleus (N), mitochondrion (M), and plasma membrane (PM). At right and below are microscopic images of thylakoid stacks called grana. Note the relationship between the granal and stromal membranes.
© 2004 Nature Publishing Group Soll, J. & Schleiff, E. Protein import into chloroplasts. Nature Reviews Molecular Cell Biology 5, 198-208 (2004) doi:10.1038/nrm1333. All rights reserved.

What Are the Steps of Photosynthesis?

Photosynthesis consists of both light-dependent reactions and light-independent reactions. In plants, the so-called “light” reactions occur within the chloroplast thylakoids, where the aforementioned chlorophyll pigments reside. When light energy reaches the pigment molecules, it energizes the electrons within them, and these electrons are shunted to an electron transport chain in the thylakoid membrane. Every step in the electron transport chain then brings each electron to a lower energy state and harnesses its energy by producing ATP and NADPH. Meanwhile, each chlorophyll molecule replaces its lost electron with an electron from water; this process essentially splits water molecules to produce oxygen (Figure 5). Figure 5: The light and dark reactions in the chloroplast
The chloroplast is involved in both stages of photosynthesis. The light reactions take place in the thylakoid. There, water (H2O) is oxidized, and oxygen (O2) is released. The electrons that freed from the water are transferred to ATP and NADPH. The dark reactions then occur outside the thylakoid. In these reactions, the energy from ATP and NADPH is used to fix carbon dioxide (CO2). The products of this reaction are sugar molecules and various other organic molecules necessary for cell function and metabolism. Note that the dark reaction takes place in the stroma (the aqueous fluid surrounding the stacks of thylakoids) and in the cytoplasm.
© 2010 Nature Education All rights reserved.

Once the light reactions have occurred, the light-independent or “dark” reactions take place in the chloroplast stroma. During this process, also known as carbon fixation, energy from the ATP and NADPH molecules generated by the light reactions drives a chemical pathway that uses the carbon in carbon dioxide (from the atmosphere) to build a three-carbon sugar called glyceraldehyde-3-phosphate (G3P). Cells then use G3P to build a wide variety of other sugars (such as glucose) and organic molecules. Many of these interconversions occur outside the chloroplast, following the transport of G3P from the stroma. The products of these reactions are then transported to other parts of the cell, including the mitochondria, where they are broken down to make more energy carrier molecules to satisfy the metabolic demands of the cell. In plants, some sugar molecules are stored as sucrose or starch.

Adenosine triphosphate, or ATP, is the primary carrier of energy in cells. … Adenosine triphosphate (ATP), energy-carrying molecule found in the cells of all living things. ATP captures chemical energy obtained from the breakdown of food molecules and releases it to fuel other cellular processes.

Photosynthetic cells contain chlorophyll and other light-sensitive pigments that capture solar energy. In the presence of carbon dioxide, such cells are able to convert this solar energy into energy-rich organic molecules, such as glucose. These cells not only drive the global carbon cycle, but they also produce much of the oxygen present in atmosphere of the Earth. Essentially, nonphotosynthetic cells use the products of photosynthesis to do the opposite of photosynthesis: break down glucose and release carbon dioxide.
Bison -Prairie
Prev
Photosynthesis
Next

Not a member yet? Register now

Are you a member? Login now